Symptoms to Look For and Steps to Take

Many parents, and aunts and uncles, will begin to look at their own life’s history when their child has been diagnosed with ADHD. They recognize the symptoms of ADHD have been present in their own lives and may be the cause of some of their experiences and struggles. It’s common for parents and family members to seek their own evaluation when a child is first diagnosed with ADHD. J. Faye Dixon, PhD gives some pointers.

Well, I think the most important thing to remember is that ADHD is a neurodevelopmental condition. It begins in early childhood and for at least, you know, 40 to 60 percent – perhaps even more – people, continues into adulthood. But what happens, I think, earlier is that, certainly when perhaps there are more supports in place, or even if there aren’t, there has been a tendency to assign those symptoms that go along with ADHD to something else.

And one of the things that I do think has changed, and certainly over my 35-year career, is that there’s greater awareness in schools. I, you know, speak not infrequently to groups of teachers, school psychologists. There’s a greater awareness and because children are getting a more accurate diagnosis perhaps earlier, their parents are a part of that process. And I will, you know, often speak with parents who will say, “Oh, my goodness. I had all those same symptoms in early childhood. I had no idea that this was a condition that could be treated, that someone could do something about. I was just told I was not trying hard enough, and that if I just buckled down and paid attention, I would be just fine.” So, I do think that there is a greater awareness out in the culture about the nature of inattention and the impact that it can have on our lives – on our academic lives, on our work lives, and on our interpersonal lives.

I think a really important aspect of ADHD to remember – because it is a neurodevelopmental condition – is that the symptoms change over time, so what might be prominent when someone is five or six may be very different at 30. You know, at five or six, you know, the main demands are, you know, can you sit in a circle in kindergarten, in first grade and pay attention to the teacher? And, you know, the region of our brain that kind of helps us to plan and think ahead and, you know, organize ourselves, you know, is the frontal lobes of the brain. And so much of early childhood, we have parents and teachers who act as kind of “frontal lobe assistants” and as we get older, we, you know, no longer have that assistance. So in, you know, adolescence, in, you know, college students, in, you know, adults who are out in the working world, sometimes you have people who are underemployed because, you know, they have trouble meeting all the different demands that are involved in working in a job where there isn’t someone there to kind of, you know, cut pieces into chunks for them.

We often hear from women that, you know, they were doing really well, you know, until they got married and began to have children – and suddenly they had to not only be the frontal lobes for their own lives. but also had to coordinate the lives for their children, as well, and other people, you know, in their family. So it’s this multitasking, this having to be able to have focused attention on many different things at the same time is how the symptoms can change over time and why things may look different in early childhood, but look, you know, somewhat altered in adulthood.

J. Faye Dixon, PhD, is a licensed clinical psychologist and Clinical Professor in the Department of Psychiatry and Behavioral Sciences at UC Davis. She has a long history of work in child psychopathology, specifically the areas of depression, anxiety, PTSD, ADHD and learning differences in children. Currently, Dr. Dixon is the director of clinical management and community outreach for the AIR (Attention, Impulsivity & Regulation) Lab. She is responsible the clinical and diagnostic fidelity of the AIR Lab research. She also has spent many years educating and training psychology graduate students, interns, and post-doctoral fellows as well as medical students, residents and child psychiatry fellows. 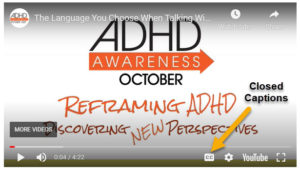